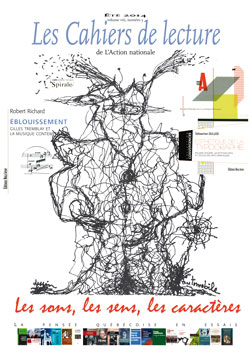 How to escape from the “steel cage” of capitalism?

The project of a “sustainable Degrowth” entered the public debate over ten years ago. Rather, ideas formulated during the 1960s-70s that had been eclipsed by the conservative and ideological revolution that is sustainable development, re-appeared under a new form. Here is a summary of the main ideas: the economic growth argued for by our “representatives” as being a prerequisite to solve our problems is in fact the cause of our problems. This endless race for the production of goods, measured by the GDP, is destructive, unjust and alienating. Not only this infinite growth is impossible in a finite world, it is also not desirable if we want to respect of equality and freedom meant to be our values. At the collective level, we must break away from the dogma of Growth and commit ourselves to build post-growth societies.

How can we successfully implement this revolution? In their book, Liege

y and his co-authors attempt to answer this question, by proposing a tool for a “serene and democratic transition” towards societies freed from the straitjacket of Growth: The Unconditional Autonomy Allowance (UAA). In essence the UAA guarantees to all community members (town, shire, country…) from birth to death, free access to a minimum amount of resources (water, energy, land, food, clothing…) and services (health, education, transport, culture…) these communities deem necessary to lead a dignified and meaningful life. This amount is decided democratically, therefore locally and it respects the ecological limits of the local residents’ territories. Those who wish to consume more goods and services must pay a price that takes into consideration the ecological costs etc. of this over-consumption. This principle of free access and taxes for overconsumption is coupled with a Maximum Acceptable Income (MAI), which is arrived at in a democratic manner and is designed to impose limits to consumption and production in order to reduce inequalities and devastating ecological impacts. Money is not completely eliminated but it takes the form of local currencies (the value of which decreases in time) that can’t be used to speculate.

Producing less, sharing more and taking more decisions: here are the three basic principles of the UAA. Their implementation leads to a fundamental re-thinking of this goods-producing capitalist machine (privately or state owned). Its main engine; paid employment, is no longer required once the UAA has been implemented. To make it possible, private ownership of the means of production needs to be abolished and only the right of access prevails in accordance with the Zapatista slogan: “The land belongs to the people who cultivate it”.

Of course, the authors of this “little (green!) book” are aware that many of their contemporaries, starting with the elites in power, are not ready to endorse the UAA yet. Therefore they draw three possible scenarios that could lead to it without violence or disasters, starting from the actual situations in Western societies. The most probable scenario revolves around the multiplication of practical, local and collective alternatives until a critical mass is reached and results are sufficiently encouraging to convince public authorities, at the local, regional or national levels, to support the movement. This support could come in the form of a reduction of the working time so that it can be shared around. The time freed would lead people to re-take control of their live by increasing their participation to the politics of their communities and learning to produce and consume according to their needs and not to capitalist requirements. The last step towards a UAA could then be the implementation, as a transitory measure, of an Unconditional Basic Income, which would be the last nail in the coffin of paid work through which Capital enriches itself at our expense.

Liegey, Madelaine, Ondet and Veillot’s book is very successful in Europe since its publication in January 2013. Until then, the literature on Degrowth was confined to criticising the perverse effects of economic growth and only offered sparse and often heteroclite proposals for a transition towards post-growth societies. A Degrowth Project is the first serious attempt to answer the question: “What can we do?” within a Degrowth perspective. It successfully integrates the ideas developed by the “Growths Objectors” over the last ten years, into a coherent and pragmatic tool. We must salute the tone of the book: it is highly critical in its form but totally non-violent in its substance. The readers who could be wary of a revolutionary discourse will appreciate the pacific anti-capitalism displayed by these young authors. People who remain convinced that we need an economic growth will remain sceptical, no doubt. To these readers we suggest reading texts dealing with the limits to growth, as the ones we mentioned in a previous issue of Cahiers (“Il n’y a pas d’avenir pour les goinfres”, autumn 2013). But A Degrowth Project is a must read and must be debated by all the people concerned with freeing the world from the “steel cage” of capitalism.